A typical day at the office for  Paul Nicklen involves scuba diving below thick layers of polar ice and getting within an arm’s length of carnivorous Leopard Seals or Polar Bears. Paul is a photographer specializing in our planet’s polar regions. Paul uses his photography to put a face to the receding sea ice due to global climate change,

Paul can think of no better face for this crisis than the Polar Bear. The beautiful arctic Polar Bears survival is dependent upon the sea ice. Summertime sea ice in the arctic could be completely gone in 4 to 10 years and Polar Bears could be extinct in fifty to one hundred years. Paul’s stunning photography of these magnificent bears and their changing habitat is truly a stunning testament to the effects of Climate Change. 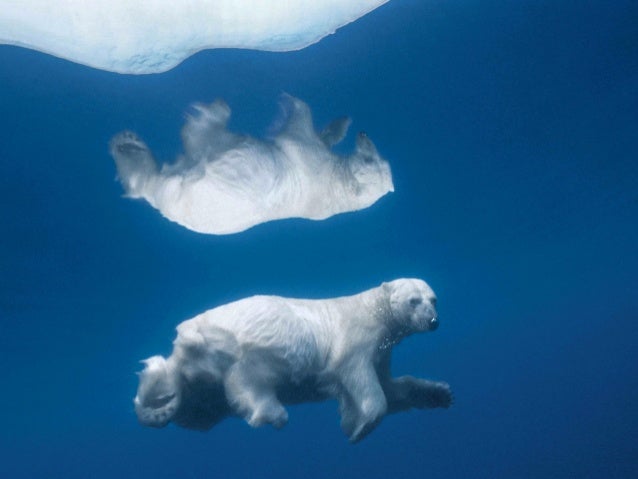 Paul’s love of the arctic and the polar regions runs deep. Nicklen grew up one of the few non-Inuit peoples of Baffin Island, in Nunavut in Northern Canada. Paul began his career as a biologist in the Northwest Territories studying grizzlies, polar bears and lynx. In the time since then Paul has taken it upon himself to photograph polar environments and bring these photos to the general public. His stunning photos allow us a unique glimpse into this icy world and the characters that live within it. He explains, “I felt it very ineffective as a biologist and, so now, I’m trying to bridge that gap between the important science discoveries and people by using the power of photography.”

Paul was particularly struck by an experience he had filming Leopard Seals in Antarctica. A large female Leopard Seal spent nearly four days trying to feed Paul and his camera penguins. It’s these types of experiences and Paul’s lifelong connection to polar climates that make Paul one of the Poles’ most passionate defenders. That type of passion is needed in his difficult work. Paul deals with icy waters numb limbs and painful and dangerous cold in order to capture the spectacular shots of polar species.

Paul’s fantastic work can be found in magazines such as National Geographic. His work is also being featured at the Bushnell Center for the Performing Arts in Hartford Connecticut as part of “Explorers & Adventurers: Pushing the Limits of Human Potential” which opens March 13th.